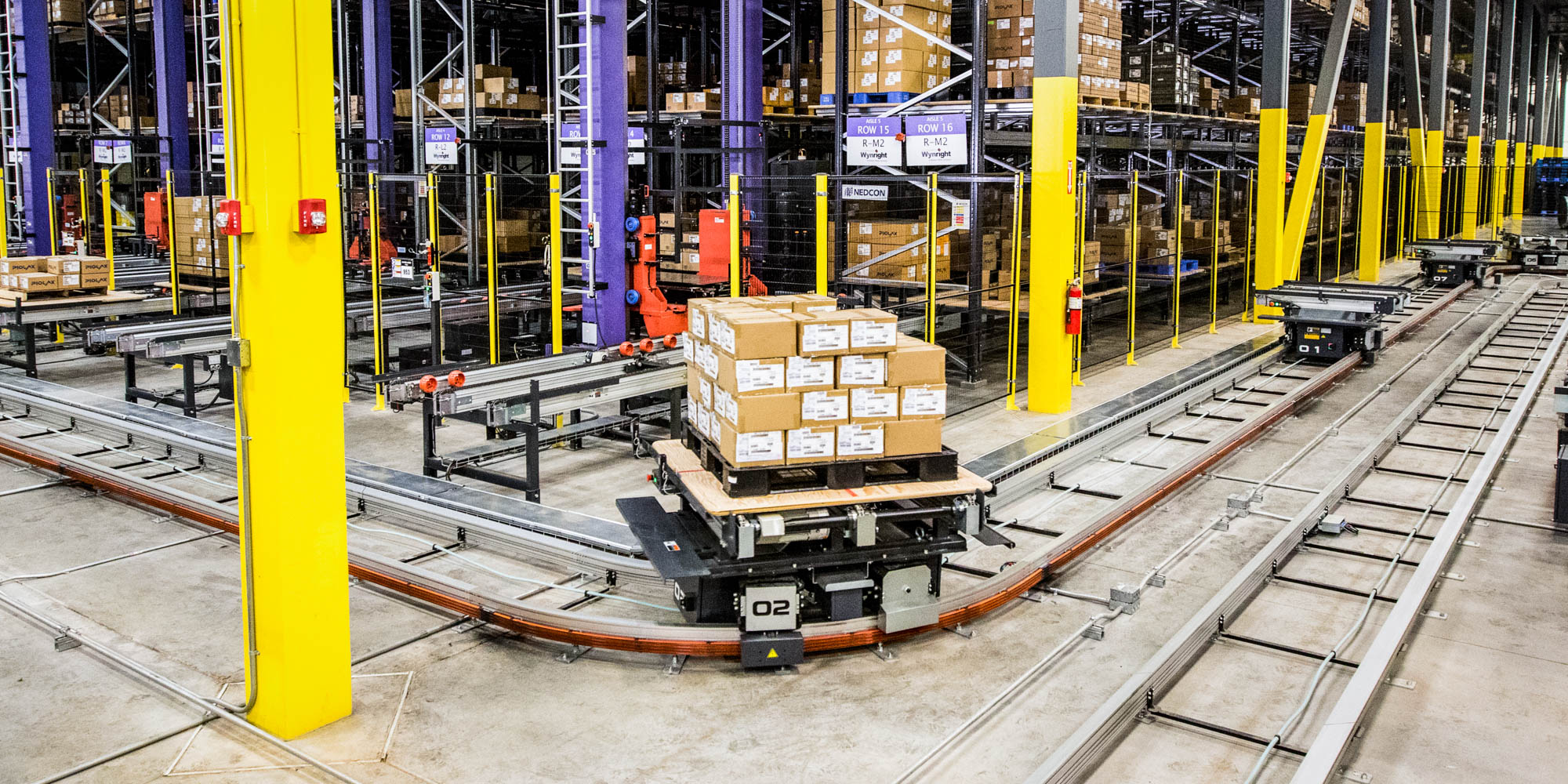 Piolax is known worldwide for excellence in automobile parts and is committed to growing along with our customers.

The Canton plant produces around 10 billion pieces annually, and that number is increasing substantially year over year. Its former distribution facility was over capacity and a new building was needed. Unfortunately, there was not much land available to build a conventional warehouse adjacent to the production plant. Managers at Piolax determined that it could only be done through automation.

At the heart of the facility is an automated storage and retrieval system (AS/RS) serviced by Sorting Transfer Vehicles.  Metal parts from manufacturing and lighter-weight plastic parts are brought in to the DC where they are scanned and dropped at pickup stations.  STVs gather them for putaway into the AS/RS.  The STVs run in a loop throughout the automated areas. The five-crane AS/RS contains storage for 5,632 pallets arrayed on eight levels. Wynright’s Wynsoft Warehouse Rx software controls the automation, which interfaces seamlessly with Piolax’s SAP software.

As product is needed for orders, cranes pull the pallets and deliver them to stations where they transfer to the STVs. The shuttles then transport them to five picking stations, where they are automatically discharged and become source pallets for picking. Video monitors mounted overhead combined with wrist-mounted scanners are used to direct case picking from the source pallets to 10 other pallets staged to receive customer orders. Only 16 man-hours are required to pick the 120 pallets processed per day on average. In the old warehouse, it took up to 40 hours to perform picking. The STVs take the source pallets back to storage if product has not been completely exhausted on them. Next, forklifts pick up the order pallets and take them to nearby loading docks, where they are audited and wrapped for just-in-time delivery to the automobile plants.

The AS/RS and STVs enabled Piolax to quietly handle over 7,000 cases daily. A huge plus was realized because the Wynsoft control software interfaces seamlessly with Piolax’s existing SAP software.  Labor concerns were also alleviated by cutting the forklift fleet in half, from 16 vehicles to eight.