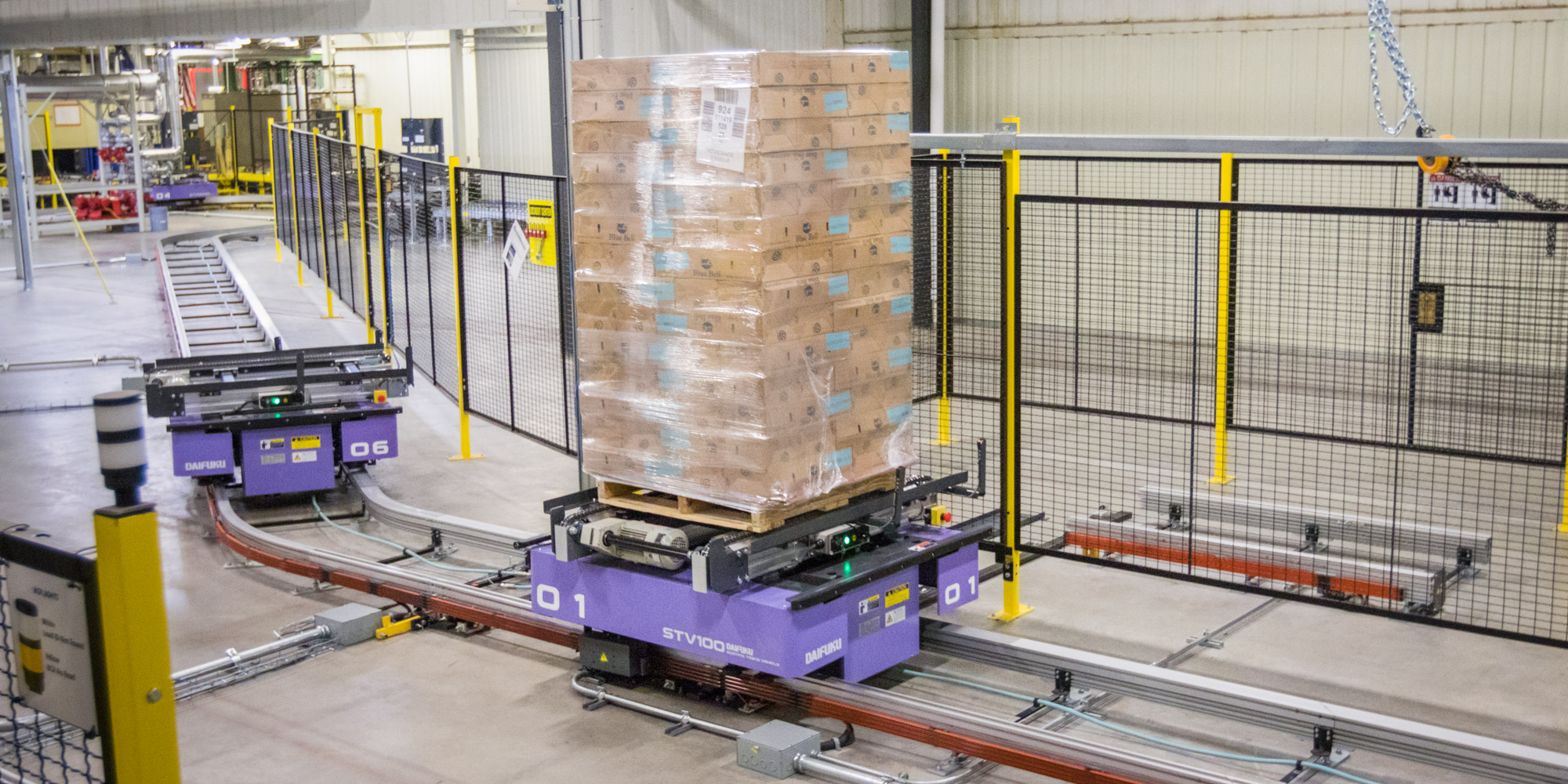 Blue Bell was founded in 1907 in Brenham, Texas and produces over 250 different frozen desserts. In addition to ice cream, the company produces frozen yogurt, sherbet, and an array of frozen treats on a stick. Despite being sold in a limited number of states, as of 2015 Blue Bell is the fourth highest-selling ice cream brand in the United States. Blue Bell ice cream is shipped to this facility from other manufacturing plants for consolidated storage and distribution to customers.

When you're moving ice cream in a facility that is -20 degrees Farenheit, timing and reliabiliity are critical. Manually handling and storing skids of ice cream is diffiult, especially when facing the crucial problem of a lack of space. Blue Bell Creameries needed a way to automate the process and use their vertical space more efficiently. "We chose Daifuku because they had the best understanding of what we wanted to do and could do it better than the other companies we looked at", commented Bryan Folsom, Blue Bell Warehouse and Distribution Supervisor.

Daifuku implemented several automated material handling technologies to move and store Blue Bell’s world famous ice cream. Five Sorter Transfer Vehicles (STVs) were implemented to deliver product to one of five ASRS freezer doors where product gets inducted from the STV into the ASRS. The loaded crane enters a 272 foot long, 70 foot wide, and 89 foot tall rack supported ASRS freezer. Based on the needs of shipping the crane will move the load to either one of the 7720 storage locations or take it directly to shipping.

Storage density was maximized and 100% of every rack is used. The system is flexible allowing two types of pallet loads, GMA and four way pallets. Knowing exactly what type of and how much product they can store, gives them a better chance to have the right product at the right time to satisfy their customers needs. The ability to route the load directly to shipping dramatically decreased the extra movements of storing and retrieving pallets.