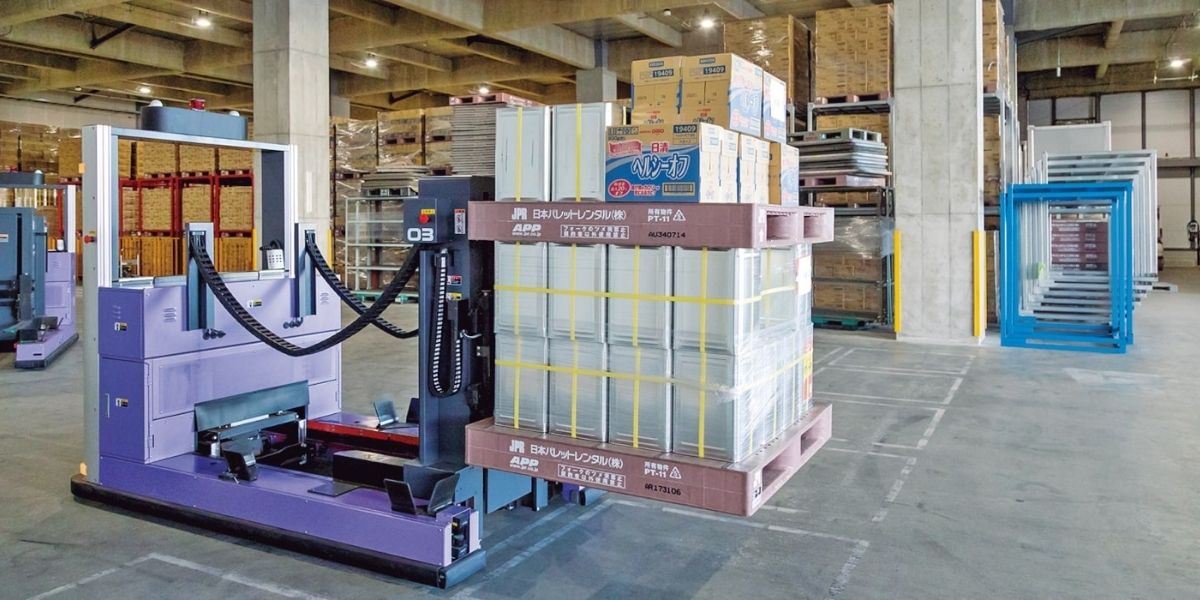 "Once thought of as reliant on fixed guidance infrastructure and aimed at moving larger loads across facilities, the automatic guided vehicle evolved.AGVs today can move loads large and small, and some can reliably lift multiple levels high. Some now even use natural feature navigation and collaborate more closely with people."

"While it’s been decades since AGVs used wire embedded on the floor to navigate, many AGV models today and most installed systems use some typeof special guidance infrastructure to localize and be able to do their tasks.Reflectors, for example, can be placed onsite features like walls or rack to provide localization reference points.

Once this base infrastructure is in place and a digital map and vehicle routes are established, it’s a relatively easy, software-driven exercise to create a new route or drop off point, says Nick Ellens, executive manager of automated vehicle engineering with Daifuku, an AGV vendor. “Each vehicle understands where these targets are,” says Ellens. “It can localize itself anywhere within that field.So, changing the path of a vehicle within this known world is simple. And, if you want to add new paths to areas of a facility that haven’t had them before, it’s not an arduous thing. Yes, the targets would need to go up with a laser navigation system, but once these are learned by the system, you have the freedom to make changes anywhere within that field.” Ellens also points out that some AGVs now use natural feature-based navigation in which sensors on the vehicles are used to capture the location of fixed facility features. In effect, there is no one way that today’s AGVs localize. “One of the great things about AGVs and AGV providers is that we’ve developed different navigation styles and technologies over the years, and we’re able to offer an approach which fits the particular facility,” says Ellens. For many sites, using some guidance infrastructure is not a detriment if it permits a high level of repeatability and defined pathways and stop-off points. “What the traditional style of navigation brings to the table is a really high level of determinism,” says Ellens.“It can help an operation to have a well-defined interaction between theAGVs and with humans or with other automation in the facility.”